Today MakeWay (formerly Tides Canada) announced that it has received and declined an invitation to participate in Alberta’s Public Inquiry, Anti-Energy Campaigns, due to outstanding concerns with the Inquiry. 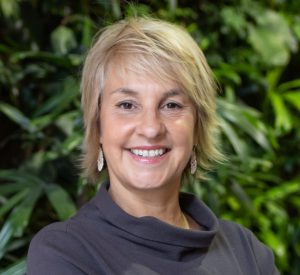 “We are very willing to share where our funding comes from, but a public inquiry process should be both fair and transparent. In this case, there are significant concerns including litigation addressing whether the inquiry is biased, politically motivated, and has a pre-determined outcome. We will sit this one out, until these concerns are cleared up” said Joanna Kerr, CEO of MakeWay.

“Over the years, we have mostly ignored misinformation and rumours about what we do as it has little impact on our work, and we chose not fan the flames of political theatre. But these rumours create confusion at a time in our history when facts matter more than ever” said Joanna Kerr. MakeWay also published direct responses to false claims about the organization.

Between 2009-2019, MakeWay received 34% of total revenue from US funders, and 66% from Canadian and other international funders. “Water, climate, and ecosystems know no borders, and international funders working on these issues support Canadian initiatives with shared goals. This is neither new nor surprising. We are proud to receive international funding, just like thousands of universities, churches, hospitals, and other charities across the country” said Kerr.

74% of US funding to MakeWay between 2009-2019 came from the Gordon and Betty Moore Foundation and the Margaret A. Cargill Foundation to support First Nations-led environmental stewardship, protect wild salmon and marine ecosystems, while strengthening local economies and Indigenous cultures. Most of the funding MakeWay has received from US Foundations was for projects done in collaboration with other governments. The best example is the Great Bear Rainforest (GBR). MakeWay received $25 million from U.S. foundations that was matched by the Government of Canada during Stephen Harper’s tenure as Prime Minister and the Government of BC, and by Canadian donors.

Between 2009-2019, a paltry 1.4% of MakeWay expenditures went to oil sands-related initiatives. MakeWay publishes a list of funders in its public annual reports, and all grants are posted quarterly.

The organization has successfully completed its audits with the Canada Revenue Agency.

“We’ve moved on. The world is moving on. It’s time for our leaders to look forward—not back—towards solutions to the climate crisis, and an economy that provides well-being for nature and communities. That is where our focus is” said Kerr.