COVID-19 is highlighting Canada’s digital divide. What can we do about it?

This article written by Jack Graham was originally published on Future of Good on April 16th, 2020. 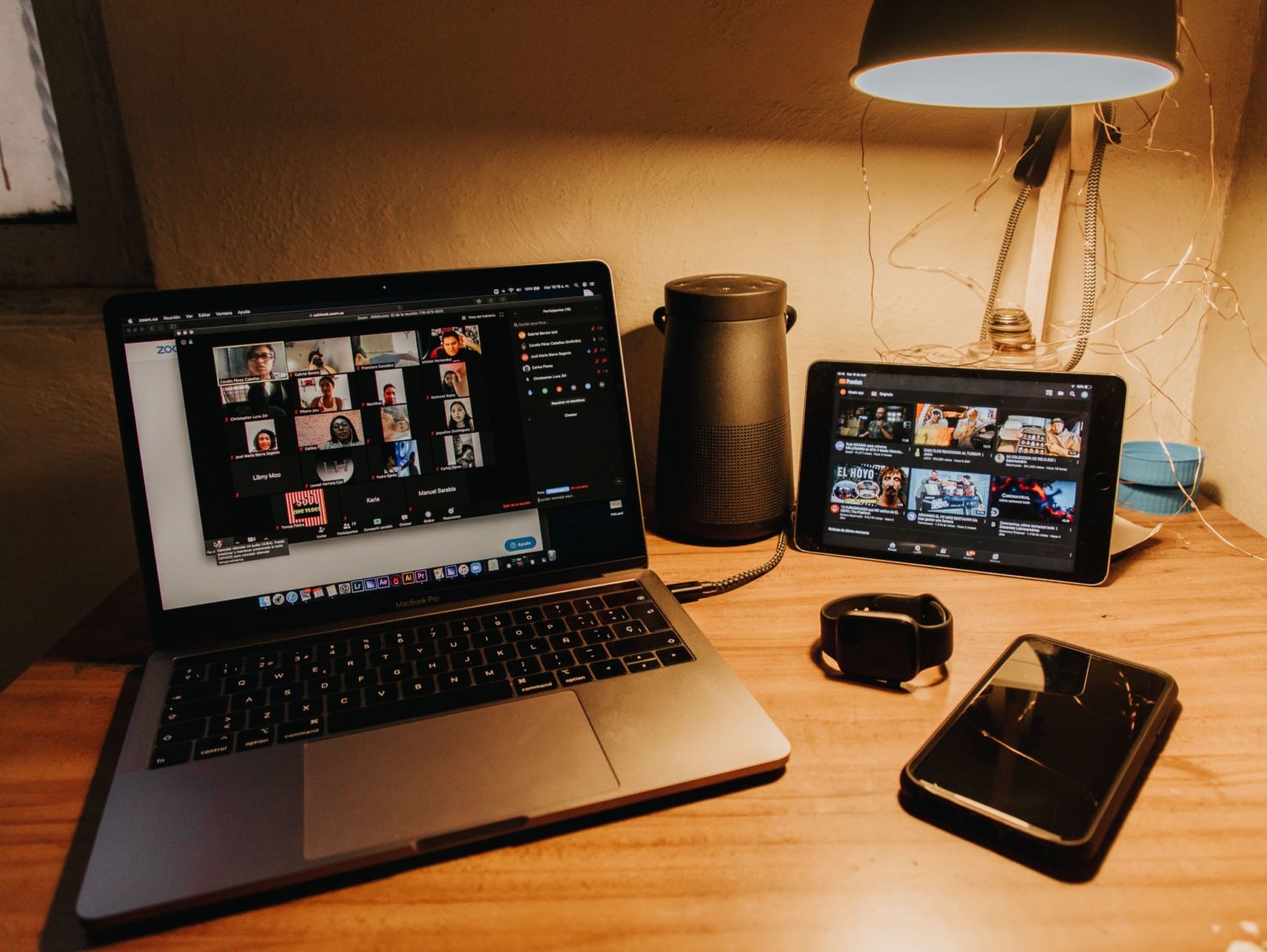 As the COVID-19 crisis shifts our lives online, many Canadians still take for granted their internet connection and the access that comes with it: the opportunity to speak with family members and friends, take meetings with colleagues, or even just find up to date information on the crisis.

Canada’s digital divide is making it increasingly difficult for marginalized populations to stay connected during the COVID-19 crisis, and therefore for the social impact sector to support them. Many rural, remote, and Indigenous communities in Canada struggle to access a good connection, largely due to the challenges of building digital infrastructure for communities with small customer bases. Meanwhile, Canada’s high prices – often attributed to a lack of competition in the industry – mean more than one third of Canadians have to make sacrifices in order to afford home internet, forgoing spending money on other essentials like transit or even food, according to research by ACORN Canada.

More than one third of Canadians have to make sacrifices in order to afford home internet.

In 2017, only 37 percent of rural households and 24 percent of households in Indigenous communities had access to high-speed internet – defined as 50/10 Mbps – compared to 97 percent of urban homes.

“COVID has brought into stark [view] how much more needs to be done to confront the unequal access to the internet issue in Canada,” said Maureen James, Community Investment Program Manager at The Canadian Internet Registration Authority (CIRA). “It remains too expensive or just totally unavailable for many Canadians,” she told attendees of a Future of Good webinar on Canada’s digital divide.

Whether to access mental health resources, to earn a living, or to apply for financial relief, the crisis has highlighted how essential an internet connection is to daily life, and why it’s unacceptable that so many Canadians don’t have access.

Vulnerable populations, and organizations working to help them, often rely on personal contact and face-to-face support with service providers they can trust. Physical distancing, therefore, is making life particularly difficult for them. “For so many communities that are vulnerable in the best of times, the lifelines to their support are usually found through personal connection,” said Joanna Kerr, the CEO of Tides Canada.

“Their sense of wellbeing comes from a feeling of not being alone and knowing that they have a trusted relationship with someone who’s got access to resources,” she said. “That’s a real anxiety-provoking impact when literally you get cut off.”

Organizations that have not tended to use technology, especially those on the frontline, are now having to rapidly build the capacity to deal with their new realities, said Nasma Ahmed, Director of the advocacy organization Digital Justice Lab. “In many cases we’ve created piecemeal alternatives to deal with the [internet access] issues,” Ahmed explained in the webinar, like telling service recipients to go to a public library or a Tim Horton’s café for Wi-Fi. “Technology in many ways replicates the same systematic inequalities that we have in our physical realities,” she said.

One of those organizations is The Binners’ Project in Vancouver, which represents waste-pickers who usually earn money from recycling container deposits, and helps to connect them with employment opportunities. Usually they meet in person once a week on Tuesdays to provide updates and assign potential work in the community.

Technology in many ways replicates the same systematic inequalities that we have in our physical realities.

“The main crux of our program is that face-to-face weekly meeting,” said Landon Hoyt, the Binners’ Project’s Director, in the webinar. “We’re not getting that crucial touchpoint with each other, which has been a real challenge.”

“With COVID-19, we’ve had to shut down our social enterprises program, so we’re out 50 income opportunities a week,” said Hoyt. As a low-tech organization, it’s been challenging to pivot towards an online world, he said, but they are trying.

Instead of Zoom calls, which many waste-pickers don’t have the internet to connect to, they have organized “phone trees” where support staff each calls a number of binners to ensure they are safe and healthy. Meanwhile, they are looking at solutions to find new work for binners, Hoyt said. In usual times they work with buildings and public event organizers to do public waste sorting, in order to provide shifts to members, but with those projects on hold the organization is now inviting the public to allow waste-pickers to collect from their private bins.

The COVID-19 crisis has brought into sharper focus a digital divide that is both socioeconomic and geographic. Despite a call in 2016 by the Canadian Radio-Television and Telecommunications Commission (CRTC) for internet to be considered a basic service, there are huge gaps in access to high-speed internet across the country, particularly in remote and Indigenous communities.

“We’ve been talking about the digital divide for decades and trying to encourage the government and corporations to really understand the role they have to play in this essential service,” said Laura Tribe, the Executive Director for OpenMedia, an advocacy organization.

“It’s not just a matter of who has it, but where it’s even available for people to get it,” she said, partly because the federal government has not done enough to incentivize providers to build in remote areas.

Where it is available, price remains a huge problem due to a lack of competition. “There isn’t really any incentive for prices to come down,” Tribe said. Although several major home internet providers have been getting rid of caps on how much data a household can use during the COVID-19 crisis, for those reliant on their cellphones, low data caps and expensive overage fees remain prohibitive.

The issue is particularly challenging in Indigenous communities, which are often remote and lack basic internet access. Federal and provincial governments have pledged funding in recent years to remote communities, such as through the Canada Connectivity Strategy’s promised $6 billion over 10 years, but the gap will likely take much more effort to fill.

“The cliched term digital divide does not begin to describe the inequity in these communities in regard to any access to computers or the internet,” said Christopher Hunt, President of the Smart Communities Society, which has distributed more than 10,000 refurbished computers across the Northwest Territories over the past eight years.

Nobody is ever going to question high-quality internet as a basic service required for everyday life.

The organization is one of many partners in the DigitalNWT initiative – along with the University of Alberta, the federal government and Tides Canada – which aims to improve digital literacy in the remote Northwest Territories. Using a ‘train the trainer’ model, the university has been equipping community-based instructors with the skills to offer training on using digital devices, browsing the Internet, managing data, and staying secure online.

One of the modules of the training is on internet advocacy to help communities demand better service, said Rob McMahon, a professor at the University of Alberta. This includes a step-by-step guide on how to use CIRA’s internet performance tool to measure speeds, record data usage, and use that information to file a complaint, he said.

Though now disrupted by the pandemic – in person training is being adapted into new remote learning resources – these skills could prove vital in empowering Indigenous populations as the world moves online.

Few issues are quite as “cross-sector” as access to the internet, which incorporates federal government planning, private competition, and philanthropic work. As such, getting communities through COVID-19 will require many different actors to collaborate on the solutions necessary.

“Nobody is ever going to question high-quality internet as a basic service required for everyday life,” said Maureen James in the webinar. Like many in the sector, she is hoping that “this inspires internet users, community groups, every level of government, internet service providers, to all step up and try and solve these gaps.”

Because in many circumstances, said Kerr of Tides Canada, what has been missing is the political will. Out of crisis could come an opportunity to reshape internet access in Canada.

“What we can use this moment for is to push for political will,” she said. “I think the biggest thing is going to be advocacy in the next little while.”