This article was originally published on CBC on August 24th, 2020.

In a remote camp in the Northwest territories, Melaw Nakehk’o documented her family passing time in isolation while the territory was in lockdown mode due to the COVID-19 pandemic. 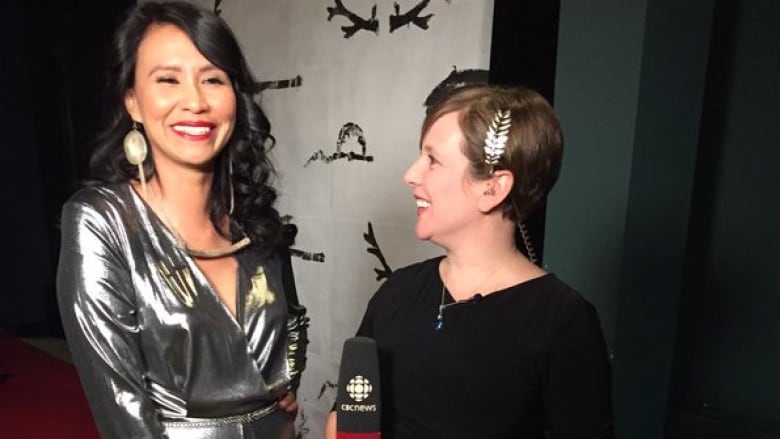 Actor and filmmaker Melaw Nakehk’o and CBC North’s Shannon Scott go on CBC’s Northbeat, in this file photo. As of Monday, Nakehk’o’s film will be one of the first showcased among 30 works from across Canada on what it’s like to navigate the pandemic. Photo: Shannon Scott / CBC.

They fetched wood, listened to the wind and watched the sun move across the sky.

They made fish leather and scraped moose hides.

As of Monday, that experience, captured by the Yellowknife filmmaker, will be one of the first showcased among 30 works from across Canada with perspectives on what it’s like to navigate the pandemic and the ensuing lockdowns across the country.

The series of lockdown stories — called The Curve, featuring animation, documentary and digital storytelling formats — is from the National Film Board of Canada, according to a news release.

Nakehk’o’s film, K’i Tah Amongst the Birch, was shot between April and May near Fort Simpson, about an hour’s drive out of town on the shores of the Dehcho river.

“That was one of the things that really helped me out I think, during the beginning of the pandemic was being able to leave and go on the land,” Nakehk’o said. 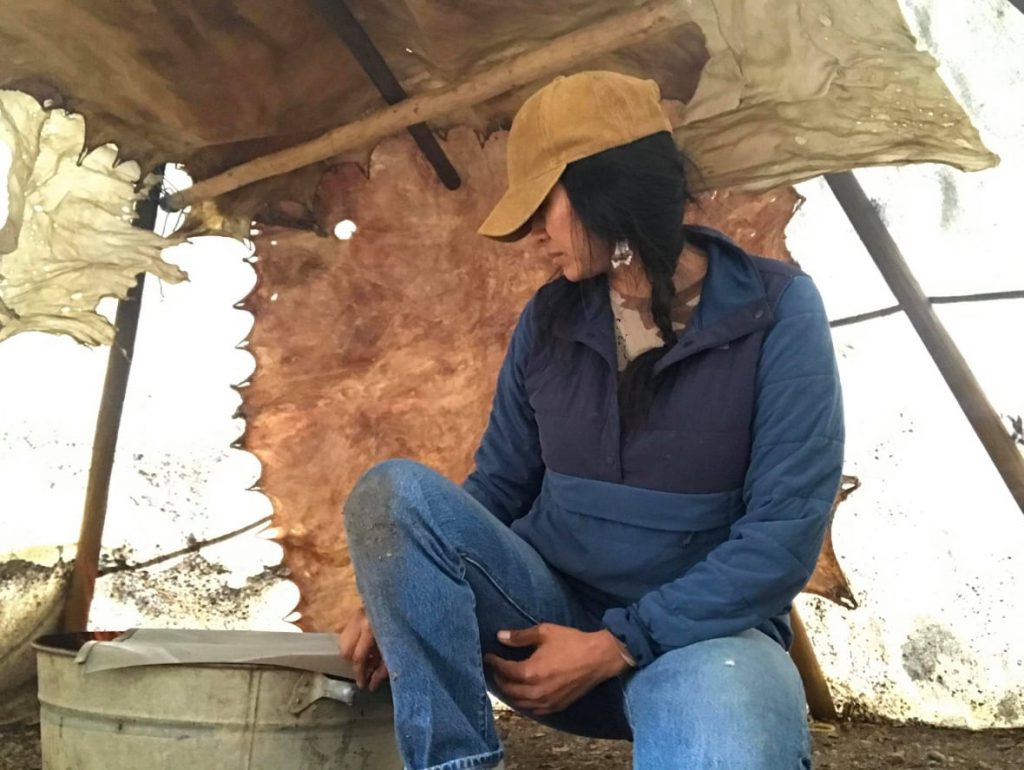 When the National Film Board contacted her to see if she would be able to film while she was out at camp, she knew it would be challenging but was excited about capturing their life there.

“Usually when we do go on the land, we can only go for a few days because we all have obligations. This time we were able to go set up camp and just be at camp and get into a really good rhythm.”

“It was the perfect time to be able to be in the Dehcho, in our homeland, with my parents, and for an undetermined amount of time.”

Nakehk’o is an activist and Dene/Dënesųłiné artist, originally from Fort Simpson, N.W.T. She made her first Hollywood debut in 2015 when she played the character Powaqa in the Leonardo DiCaprio film The Revenant.

She’s also a recognized community leader and helped revive and teach moose hide tanning techniques, work which initiated a resurgence of the practice. As well, Nakehk’o is a founding member of Dene Nahjo.

The start of the rollout of online works starts Monday and will continue through the summer and into the fall. More information can be found on the organization’s website.

Dene Nahjo is a project on MakeWay’s shared platform, which provides operational support, governance and charitable expertise for changemakers. The shared platform enables more time and money to go towards achieving greater impact. MakeWay is a national charity that builds partnerships and solutions to help nature and communities thrive together.