This article was originally published on CBC on September 20th, 2020.

Kira Young has lived on Great Slave Lake for most of her 14 years but doesn’t know much about it, scientifically.

That’s about to change as she and six other students from across the N.W.T. embarked on a week-long science expedition Saturday aboard a research vessel to uncover some of the lake’s secrets. 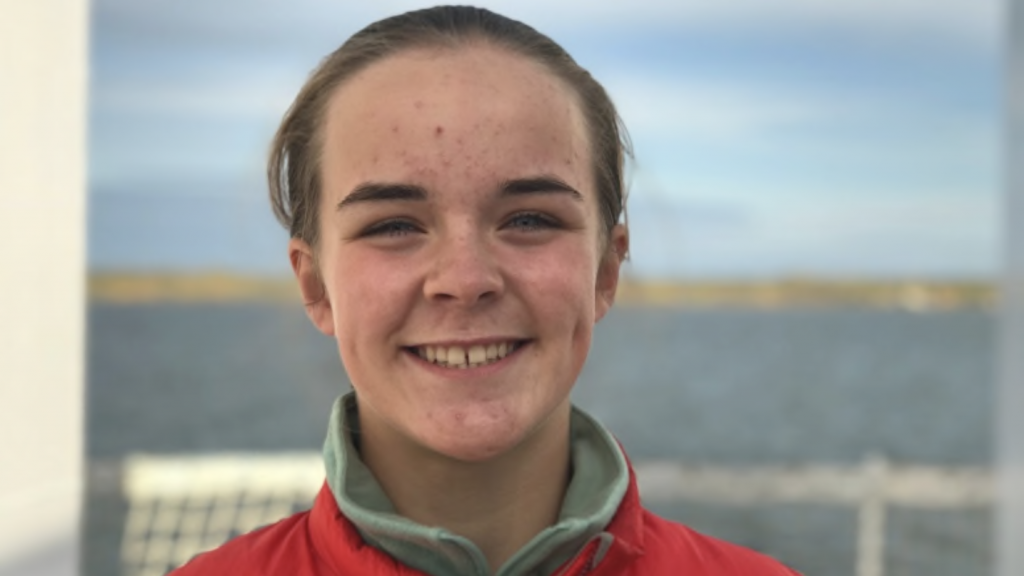 Kira Young, 14, is one of seven N.W.T. students who will be aboard a research vessel for a week to explore Great Slave Lake. Photo: Joanne Stassen/ CBC.

The expedition is being organized by Northern Youth Leadership (NYL), which conducts remote wilderness programming for youth aged 11 to 17 to develop leadership and life skills, in partnership with the Arctic Research Foundation (ARF), Nature United, and the territorial government.

The students will travel to the East Arm of Great Slave Lake on the R/V Nahidik, conduct some scientific research, and learn from Indigenous knowledge holders along the way.

The students will work with the technicians on board to retrieve a mooring, a long rope with a variety of measuring devices along its length, that was placed in the deepest part of the lake, in Christie Bay, a year ago. The students and technicians will retrieve all its data and then redeploy it into the lake.

It’s the first time so much data about Great Slave Lake will have been collected, according to Adrian Schimnowski, CEO and operations manager for ARF. 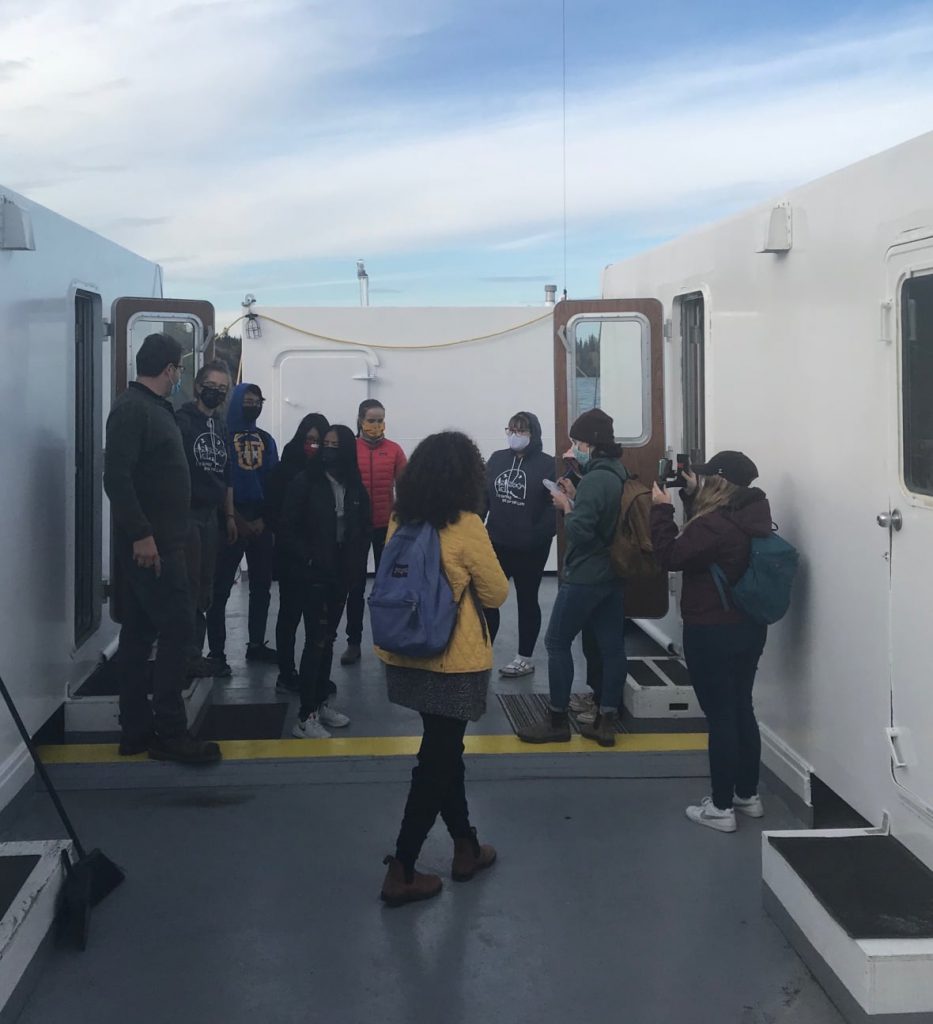 Students and media check out the facilities on the back deck of the ship. Photo: Joanne Stassen/CBC.

“The students are learning first hand and they’re literally part of the team,” he said.

“They’ll be a key component to help in discovering the secrets of the deepest hole in Great Slave Lake, which is the deepest lake in North America and the ninth deepest in the world.”

Schimnowski said the data will be used to update charts to increase safety for commercial and recreational boats and is the first step in building a long-term science plan that will look at the sustainability of the lake, and help build an economic future for the fisheries.

The students will also retrieve water samples, watch as crew members map the bottom of Great Slave Lake in real time, and shadow members of the crew to learn all about the different aspects of working on and maintaining a research vessel.

It’s not the first time NYL, which usually holds land-based programs, has run this program with ARF. 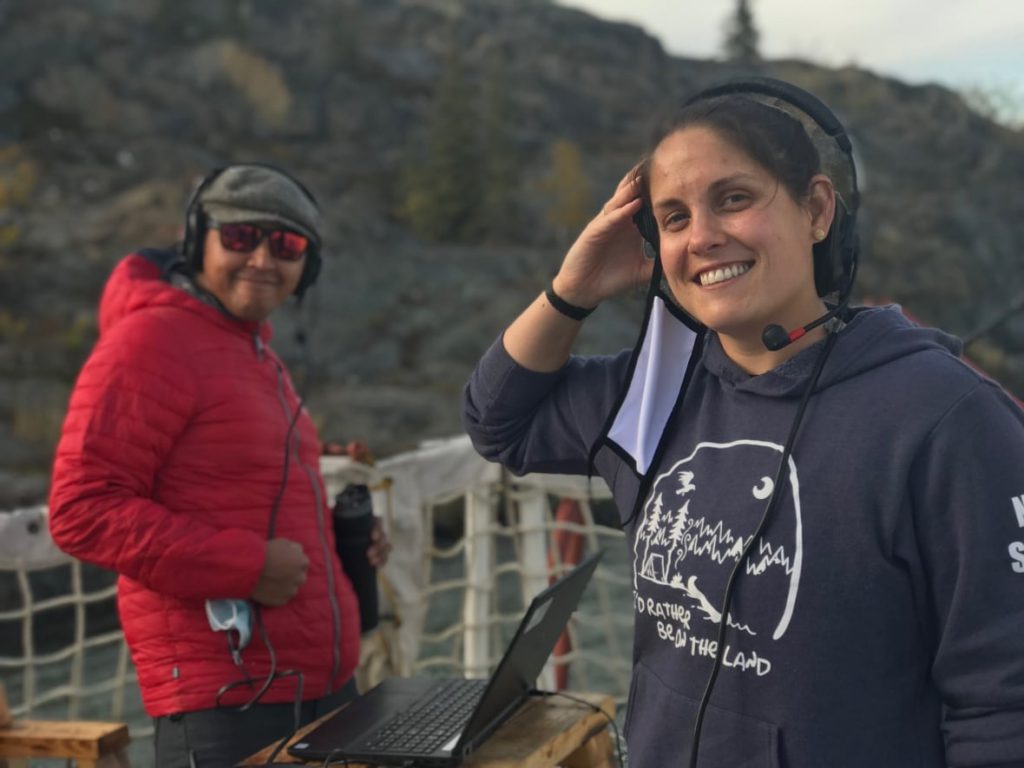 “It went better than we ever could have imagined,” said Ali McConnell, program director with NYL. “I’ve been working with three of them on and off for the last year and they talk about the expedition all the time. You can just tell that it’s had an impact and it’s inspired them and it’s opened up their eyes to new opportunities.”

She said NYL tailors the experience to the interest of each of the participants.

“I really hope that the youth are able to pursue their interests on board and really learn something that inspires them to continue on in the future and to follow their passions,” she said.

“I’m really into science and biology, and I can definitely see myself pursuing a career related to it, and I think that this [expedition] will give me a pretty good idea of what that could entail.” 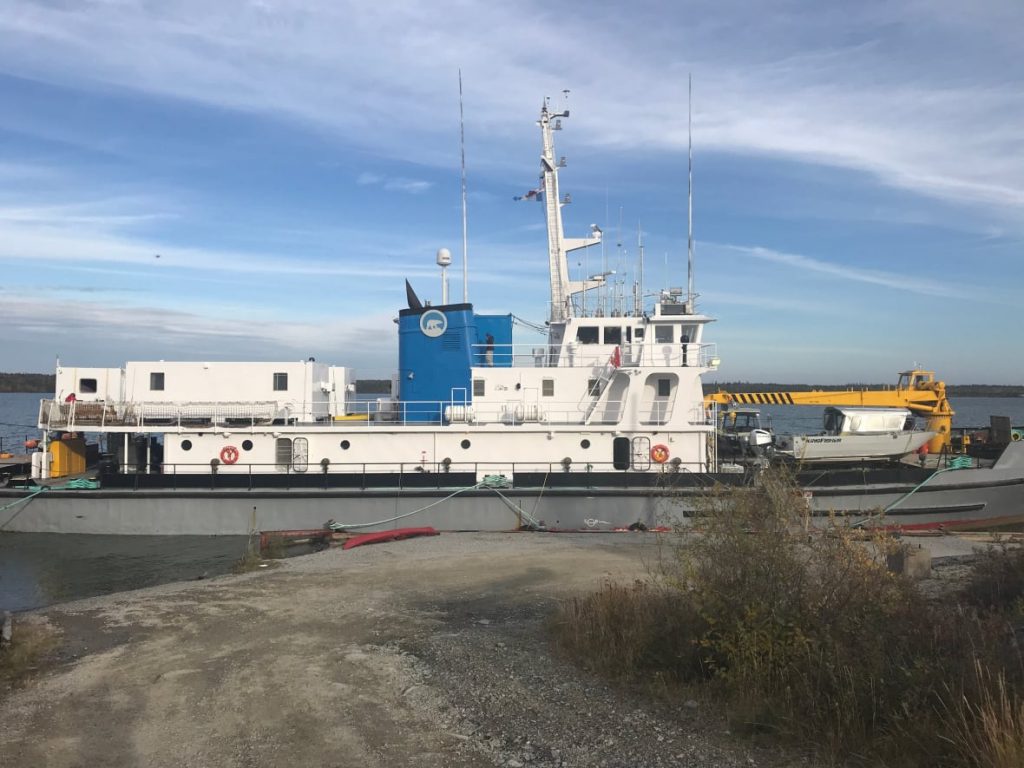 The R/V Nahidik is one of the Arctic Research Foundation’s research vessels. It is being used on a week-long science expedition to explore Great Slave Lake with seven N.W.T. students. Photo: Joanne Stassen/ CBC.

Northern Youth Leadership is a project on MakeWay’s shared platform, which provides operational support, governance and charitable expertise for changemakers. The shared platform enables more time and money to go towards achieving greater impact. MakeWay is a national charity that builds partnerships and solutions to help nature and communities thrive together.