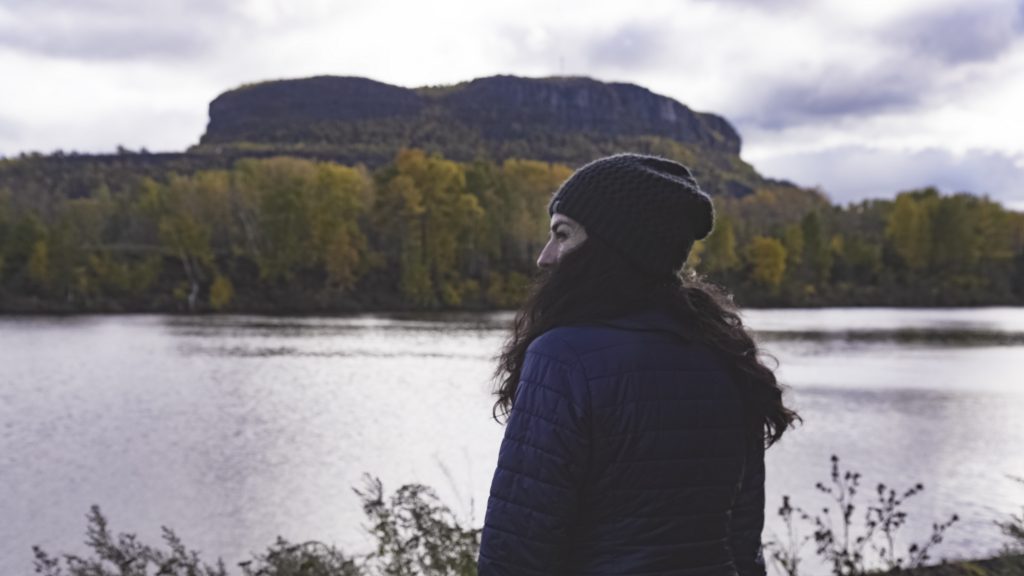 Tanya Talaga stands across from Animikii Wajiw, a mountain on Fort William First Nation, her grandmother’s community. This is where Jordan Wabasse’s body was found in the spring of 2011. (Sean Stiller/Spirit to Soar)

Between 2000 and 2011, seven First Nations high school students in Thunder Bay died. Five were found in rivers surrounding Lake Superior. All were forced to leave their homes in order to attend school. Tanya Talaga brought international attention to this tragedy through her award-winning non-fiction book Seven Fallen Feathers: Racism, Death, and Hard Truths in a Northern City. She cannot separate their story from her own, acknowledging, “When you are touched by all of these events, when you were touched by colonization, when you’ve had the experiences that we’ve had, how can I not stand up and speak out? How can I not write from this perspective? There’s really no choice here for me. And the more I move in that direction, the more right it feels.” (CBC, As It Happens May 3, 2021) In June 2016, a jury concluded its inquest into the deaths and put forward 145 recommendations. In the years following, Talaga returns to Thunder Bay and her ancestral roots to talk with the family members, Indigenous community leaders and youth whose resilience in the face of unjust colonial systems provide a path forward. 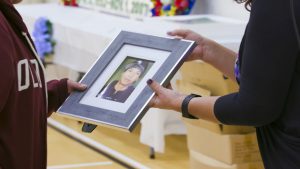 Poplar Hill First Nation student Reggie Bushie was in Grade 9 when he disappeared in Thunder Bay in fall, 2007. The fifteen-year-old student went to Dennis Franklin Cromarty High School. His body was found in the McIntyre River on Nov. 1, 2007. (Wendell Collier/Spirit to Soar)

Mashkawi-manidoo bimaadiziwin – Spirit to Soar Fund at MakeWay will support community organizations in Thunder Bay and the surrounding regions dedicated to safe transition and providing for First Nations youth. This fund will support youth to have a voice in the city and support cultural programs that offer teachings and connect with language, family, tradition, and Elders. Read a Q&A with more information about the Fund here.