This article was originally written by Avery Zingel for  CBC News. It was published on March 3rd, 2021.

The Northern Birthwork Collective is creating an Indigenous doula training program to offer culturally-safe and gender-inclusive spaces for pregnancy, birth, postpartum and parenting.

Its goal is to put a doula in every single N.W.T. community, said project director and certified doula Sabrina Flack.

“Everyone deserves access,” she said. “It’s a human right to have support and companionship around you during your birth and to have a care provider that pays attention to you.”

Flack said the healthcare system can be harmful to queer and racialized people as they give birth, but that harm can be eased with trauma-informed doula and midwifery services. 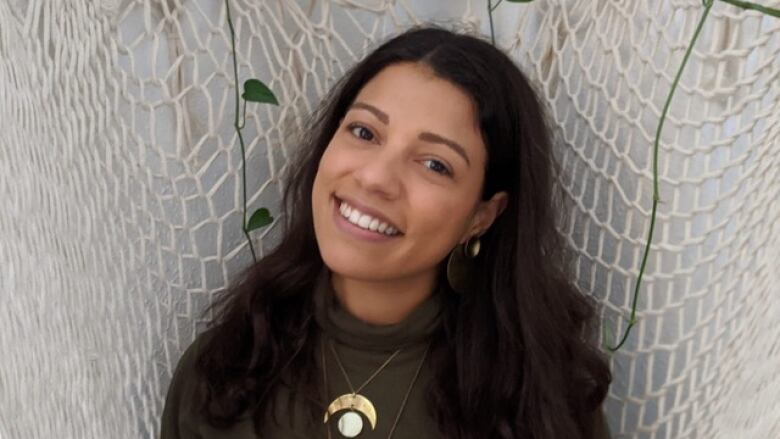 Sabrina Flack is the project director and certified doula. Flack says her hope is to put a doula in every single N.W.T. community. Photo: Sabrina Flack.

“I was seeing a lot of stuff online about the need for more Black doulas, more Indigenous doulas, doulas that have knowledge around culturally-appropriate care,” said Flack.

In late spring, Flack and people connected to birth work gathered on her front lawn to discuss the future of reproductive care in the North.

‘I wanted our communities to come together again’

Dehga Scott is the research lead for the creation of a northern Indigenous doula training program.

Her great grandmother was a midwife throughout Tłı̨chǫ territory. Scott has wanted to be a midwife herself since attending to her friend as she gave birth and watching the community support the woman.

Scott said while working in the health-care system, she witnessed “a huge gap when it came to infant and maternal care.”

Many people, including her own relatives, have to leave their communities to give birth in settings outside of culture and tradition, and without the support of family and friends, she said.

There is also a lack of consistent care, as six-week rotations bring new doctors in each time to deliver prenatal care.

Scott said that as she prepared to give birth to her youngest daughter, she was still grieving the loss of her son five months earlier. She hated the idea of a hospital setting but, on the day of her daughter’s birth, a midwifery student was there.

Scott counts herself lucky the student was there.

“I didn’t need the whole medicalized version of labour and delivery,” she said. “I needed someone that was gentle with me, to be patient and keep me calm, to have that trauma still with me while I gave birth,” she said.

Scott said many who travel in from communities “may not feel like they have a voice for themselves to say, ‘This is what I need.'”

That’s why having a doula, and continuity of care, when it comes to labour and delivery is important, she said.

Doulas support people through all reproductive outcomes, from birth to miscarriage and abortion, said Flack.

Giving birth requires emotional, spiritual and non-medical support for the birthing person and their family, she said.

Doulas can provide information and advocacy in situations where a client can’t or won’t be able to advocate for themselves and ensure continuity of care, she said.

For example, Flack was able to write a letter of complaint for a client who faced obstetric violence during her birth.

Doulas can document a person’s birth preferences and navigate a system with a long history of racism toward Black, Indigenous and LGBTQ2S+ people, she said.

“There is a lot of harm done in health care especially around pregnancy for those who identify as two-spirit, trans and non-binary,” she said. “Language and services around birth can often be very woman-centred. Not only people who identify as mothers carry and bear children.”

Three doulas are actively taking clients in Yellowknife. A few others don’t advertise their services, and a handful work in Hay River, Fort Smith and Fort Resolution, N.W.T., the collective says.

Creating a doula training program will bring people to traditional birthing practices, such as those practiced throughout the Tłı̨chǫ region and documented in Edı̨ı̨̀ Gots’ǫ Gogǫ̀hłı̨ Where We Were Born, said Scott.

When a woman would go into labour, women would come together to support her with medicines to decrease pain, bleeding and shrink her uterus.

The Northern Birthwork Collective is a project on MakeWay’s shared platform, which provides operational support, governance and charitable expertise for changemakers. The shared platform enables more time and money to go towards achieving greater impact. MakeWay is a national charity that builds partnerships and solutions to help nature and communities thrive together.