On the Land funding creating lasting memories in N.W.T.

This article was originally published by CBC News on April 17th, 2021.

Grant Dunn needed a moment to take it all in.

After snowmobiling out on the land for an overnight trip with a group of Grade 7 to 9 boys, he watched as they knelt around a moose carcass, taking turns skinning the hide.

“I’ve done some winter camping, but not like this,” he said.

The camping trip is one of 48 projects funded by the NWT On the Land Collaborative this year, which distributed over $840,000 across the territory. 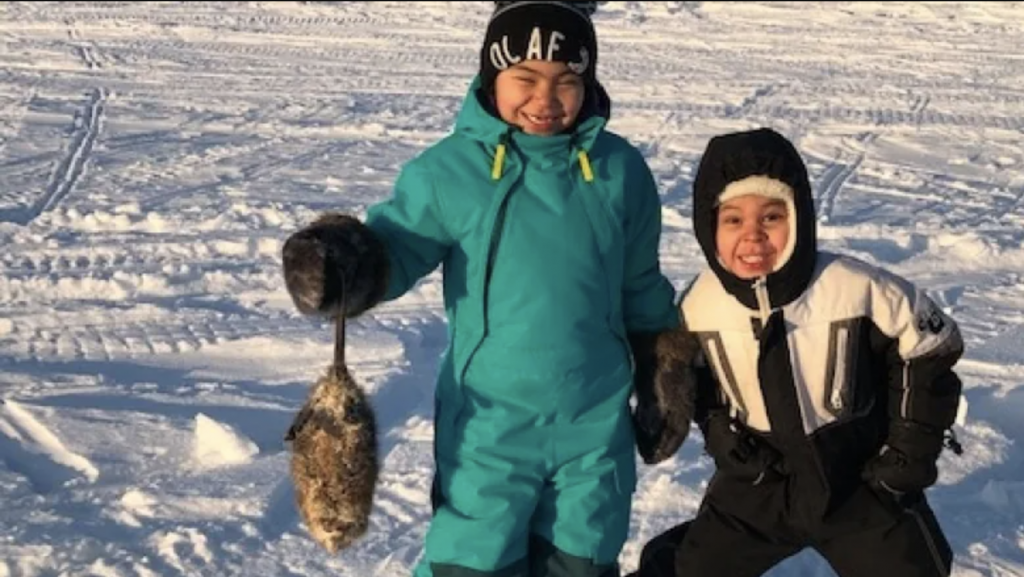 The money goes toward everything from elder rabbit snaring in Hay River to a canoe trip for youth in the Sahtú.

For students at Chief Paul Niditchie School in Tsiigehtchic, it also meant an opportunity to teach their teachers a thing or two about being out on the land.

“This is the highlight of the year for me because it was it was fun to be out, first of all, with the kids,” Dunn said. He recently moved to the territory after 32 years of teaching in Nova Scotia.

“I was learning just as much as they were. In fact, to be quite honest, I think they knew a little bit more about it than I did.”

The group dined on meals of rice, corn and caribou, learned about animal tracks and what the land has to offer.

“It was really fun … going out on the land,” said Connor Van Loon, a Grade 9 student at the school. “To see that moose and skin, it just was so cool to see.”

The NWT On the Land Collaborative is made up of government and private businesses, foundations, associations and Indigenous governments in the territory.

Alyssa Carpenter, the director of the Western Arctic Youth Collective, a project on the MakeWay shared platform, says one of the reasons she thinks its been so successful is because it allows for communities to take the lead.

The collective also received funding for a youth leadership retreat that wrapped up in March.

She said as someone who spends a lot of time on proposals and applications, the fund is one of the easier ones to apply to.

“They even allow individuals to apply for it,” Carpenter said. “There’s not a lot of funding opportunities that exist like that,” she said.

Steve Ellis works for MakeWay, one of the founding partners of the NWT On the Land Collaborative.

He said multiple organizations, including different government departments, diamond mines and non-profit groups like his fund land-based programs. The collaborative formed to offer a “one-window approach” to pool all the funds together for groups and individuals to access, like Candice Cockney. She’s a land-based education coordinator at Mangilaluk School in Inuvik.

This week, students spent time building igloos. Next week, the school will take part in a sled dog trip to learn about trapping, another initiative funded through the collaborative.

“It really does make all the difference because I mean, honestly, these things are not cheap, right?” she said. Plus, the benefits for the students are immeasurable.

“Getting these kids out there experiencing it … feeling success at these things and learning how to do them is making them really proud of their culture.”