A new conservancy will protect sacred Tahltan land adjacent to Mt Edziza Provincial Park. The strong vision and perseverance of the Tahltan people over the last 20 years has resulted in the agreement with governments and environmental organizations to buy out mineral tenures and protect the 3,500 hectares in Northwest British Columbia.

The Edziza area is of high cultural significance to the Tahltan people and was a valuable source of obsidian for tools and trade. “This area is probably the most sacred and important to the Tahltan people of anywhere,” said Chad Norman Day, Tahltan Central Government president. “I’m sure our ancestors and others are smiling down on us today now that we’ve got it better protected.” 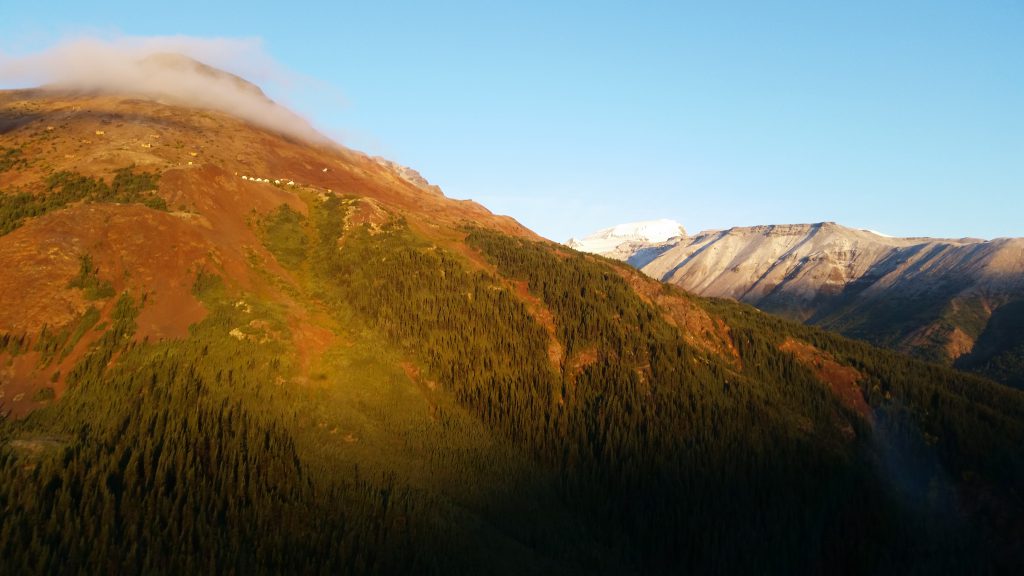 The conservancy affirms the long-term Tahltan relationship with the area and will enable the permanent protection of cultural and ecological values. The lands span a stunning mosaic of biodiversity: low-lying forest, alpine meadows, wetlands, and lakes. The permanent removal of mineral tenures in this area enhances the protection of the headwaters of an important tributary to the Stikine River system, which flows through one of North America’s largest and most intact wild salmon watersheds. This area is rich in wildlife, including moose, caribou, mountain goats, stone sheep and grizzly bear. There are 11 species listed under the federal Species at Risk Act, including olive-sided flycatcher, grizzly bear and wolverine.

MakeWay is privileged to have been able to support this work by providing funding, working to convene relationships between philanthropic funding partners, and helping steward relationships between funders and the Tahltan Central Government. “Through this agreement, British Columbia and the Tahltan Central Government have shown that nature and communities can thrive together when industry and conservation partners are willing to recognize and work collaboratively with Indigenous leadership. MakeWay is happy to have played a part in this,” said Darcy Riddell, Director BC Program, MakeWay.

The Pacific Salmon Watersheds Fund at MakeWay committed $1M as a partial match to Environment and Climate Change Canada’s $3.9M Nature Fund grant in 2019. Working with the Nature Conservancy of Canada and BC Parks Foundation, the total philanthropic contribution was raised to $2.5M which was then matched by the BC Government. This funding helped enable the company Skeena Resources to voluntarily relinquish their mineral tenures in the area clearing the way for the region to be protected.

This achievement is yet another indicator that momentum is building for Indigenous-led conservation as an important approach to advance Indigenous self-determination, reconciliation and decolonization, and the stewardship and protection of nature.

MakeWay has been working in the Pacific region (British Columbia) for over 20 years, with longstanding partnerships with communities and partners across the Skeena region. From boreal forests to rich marine ecosystems, the region supports the highest levels of biodiversity in Canada and is home to over 200 distinct First Nations. The Pacific program at MakeWay supports communities securing healthy lands and waters for current and future generations. We also support communities, especially Indigenous communities, to achieve their visions for a resilient future, and we support people, processes, and policies to help achieve systems change. As an intermediary, MakeWay’s approach is to build deep trust-based relationships in community and offer solutions to both communities and funders including strategic grantmaking; a shared platform; funding collaboratives; donor advised funds; advisory services, and impact investing.